A bridge has recently been built across the Karaponga Stream, and a track to a waterfall below the Karaponga Dam has been opened up. This post is an addition and update to the Karaponga Reserve and Dam post, over three years after that walk.

Karaponga Reserve is located at the end of Symond Road, off Braemar Road, between SH30 and SH2, near Kawerau and Matata. There is a small parking area by the reserve, and a locked gate to climb across to access the reserve. There are no toilet or other facilities nearby.

The sign by the car parking area at the entrance to Karaponga Reserve. The power station is behind the left hand post holding the sign, the entry to the waterfall track is behind the stack of pipes at the centre under the sign, and the track to the dam behind the right hand post and the beehives. 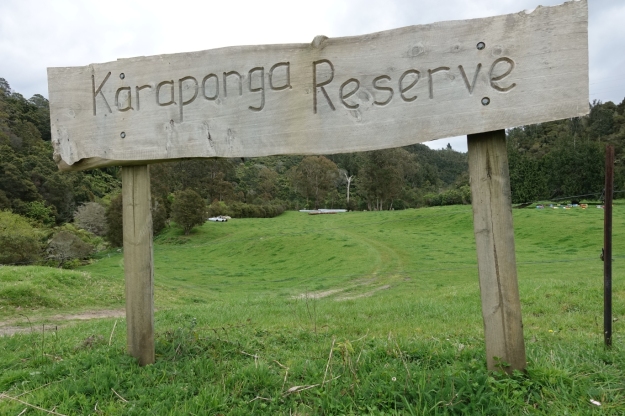 An old damaged pelton wheel, with the building housing the power station. 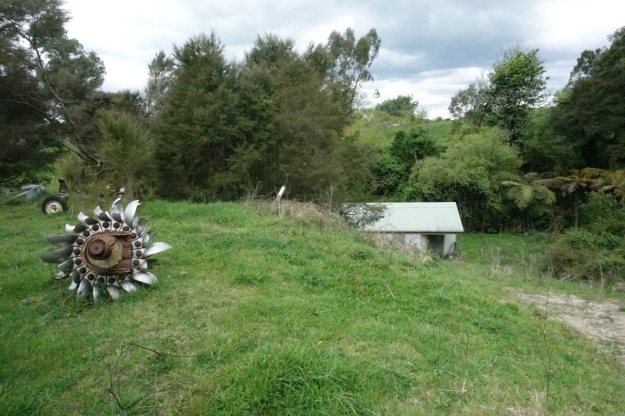 The entry point to the waterfall track, through the electric fence gate. The track starts with a short descent to the new bridge over the Karaponga Stream. 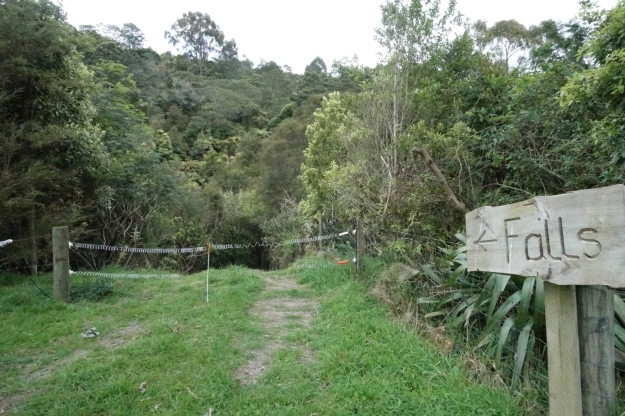 The new bridge across the Karaponga Stream. From here the track closely follows the stream up to the waterfall. 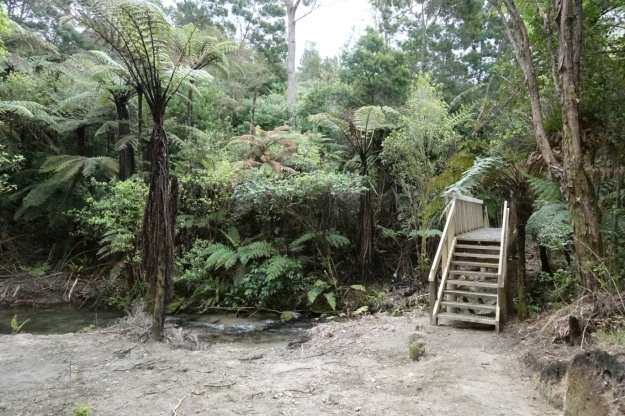 The track is narrow and slippery in places, and also has steeper and rougher sections. There are triangular track markers along the way. The stream can be seen alongside the track to the right. 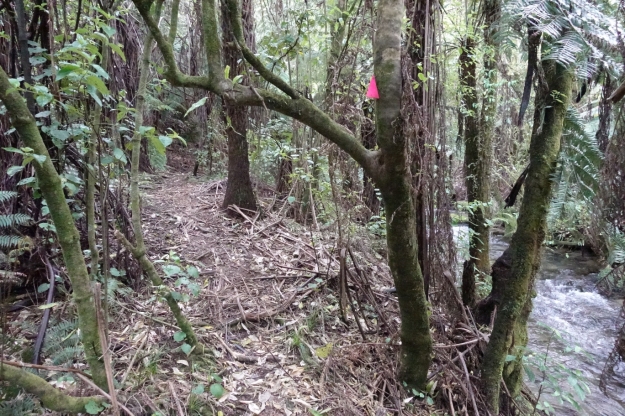 Remnants from the old power station are located by the track. 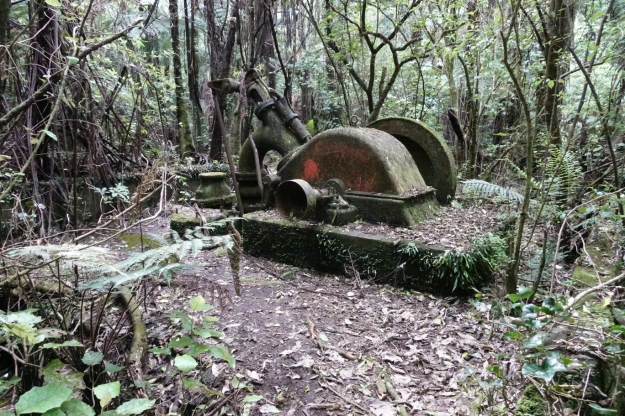 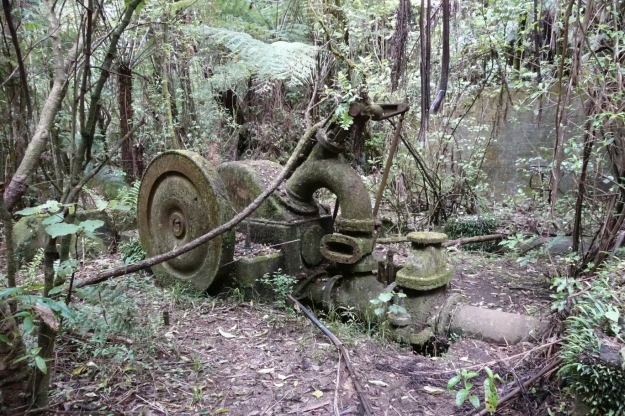 The stream is visible for most of the way to the waterfall. 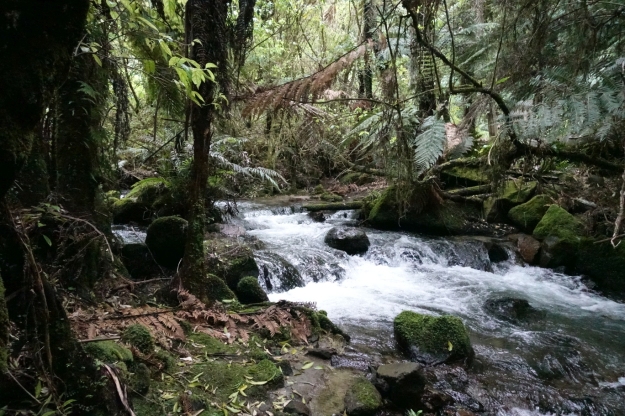 The waterfall below the Karaponga Dam. The track ends at the base of the waterfall, in an area with slippery rocks. A rough estimate puts the waterfall height at about 10 metres to 12. 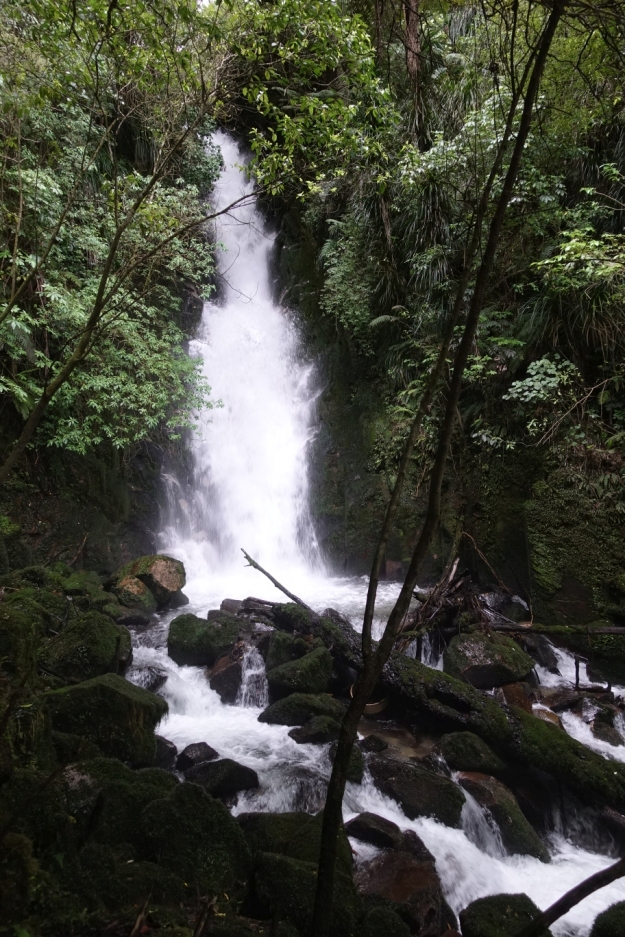 The stream immediately below the waterfall. 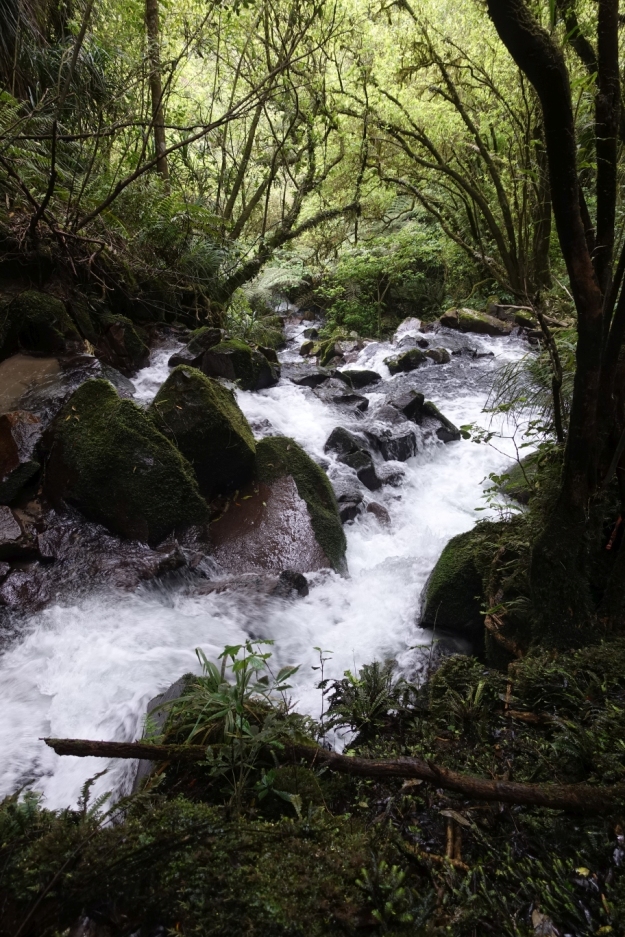 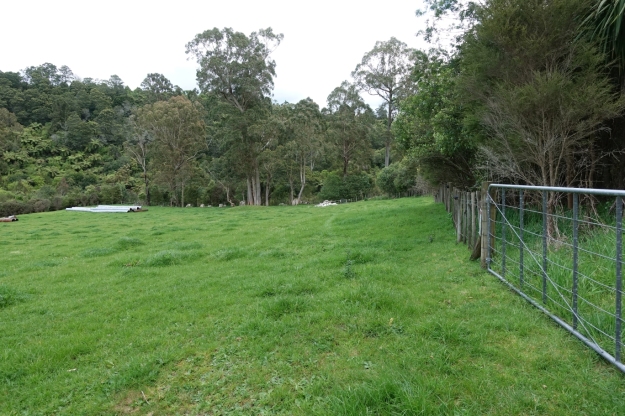 The dam viewing points are more overgrown than they were 3 years earlier, so the dam is only just visible (bottom centre) from the upper lookout. 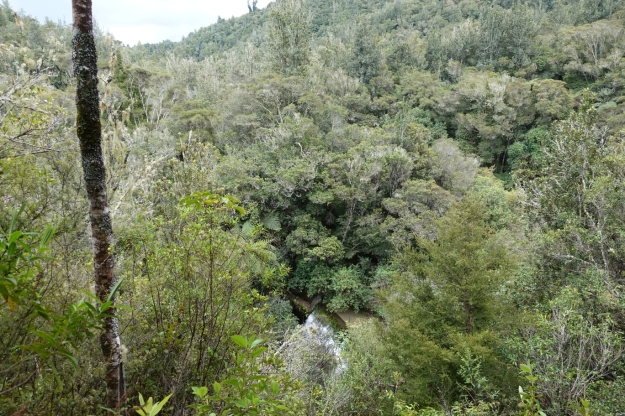 The dam is also mostly obscured from the lower viewing point. 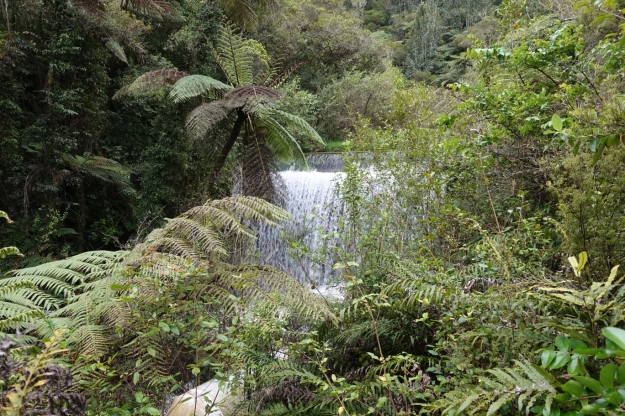 A short, steep track leads from the lower viewpoint to the dam itself, with its control gate. 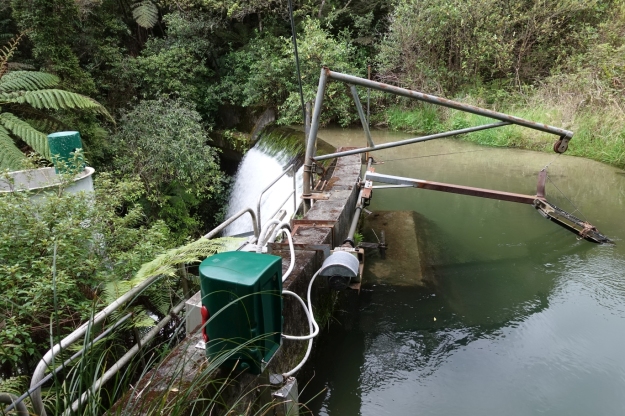 The GPS track log shows the route followed for the walk to both the waterfall and the dam. The approximate distances and times were: 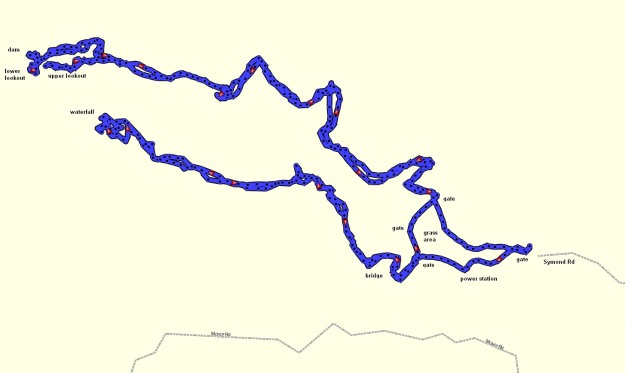 The GPS track log can be shown as an elevation profile. Unfortunately the elevation readings from a GPS are not as accurate as the location readings, and tree cover and steep hillsides make the readings even more variable and inaccurate. The elevation graph shows the progress starting from the carpark and returning to the carpark after taking the track to the waterfall and the track to the dam. The two ends of the graph should be at the same elevation, and these are reasonably close. However the two locations of the same bridge differ by about 20 metres. Similarly the two highest peaks on either side of the dam location should be the same height, but differ by about 10 metres. The graph does give an indication of the elevation changes along the tracks, with a difference of about 140 metres between lowest and highest points. 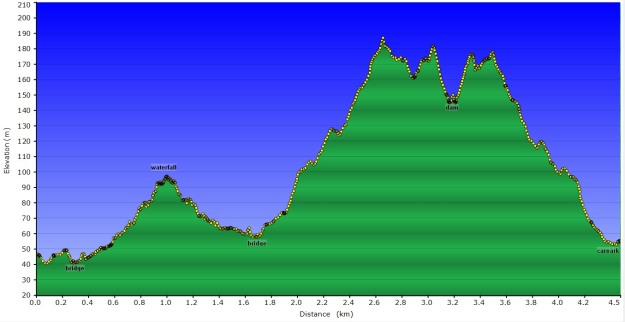