Lake Moananui is an artificial lake in Tokoroa, formed in 1975 when a low dam was built across Matarawa Stream. The lake forms part of Lake Moananui Reserve, and a concrete pathway forms a 2.5 km long walkway or cycleway around the lake. The reserve is accessible from Arawa Crescent or from SH32/Maraetai Road. There are parking areas in both locations, and toilets are easily accessible from Arawa Crecent. Some information about the lake and the walk can be found on The Mighty Waikato tourism web site.

The path around the lake is shown as a 30-minute walk, and it is an easy walk on a concrete pathway with very few gentle elevation changes, but it can easily take much longer than 30 minutes. Around the northern end of the lake there are numerous samples of exercise equipment which can be sampled by young and old. The reserve on the western side of the lake is marked as a dog exercise area. At the southern end of the lake there are islands and wetland areas with native vegetation and abundant birdlife.

Arawa Crescent, seen with the parking area on the left, borders the eastern side of the lake. The concrete pathway runs all the way around the lake. A large children’s playground is located by the trees at the centre of the picture.

The low dam at the northern end of Lake Moananui.

Some of the exercise equipment at the northern end of the lake. There are also picnic tables in several locations, on both sides of the lake. A bridge across Matarawa Stream can be seen at the far right. 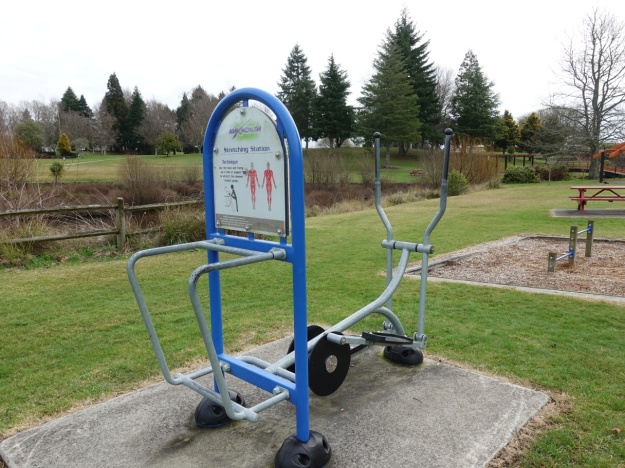 The bridge across Matarawa Stream, with the dog exercise area on the far side of the stream. The road bridge seen on the far right is on Maraetai Road/SH32.

A side path leads up to the parking area on SH32/Maraetai Road, seen here. This is the main access point to the dog exercise area. 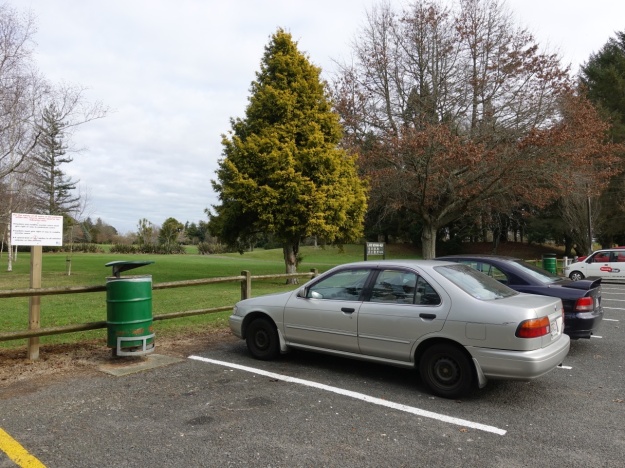 Looking across Lake Moananui to Arawa Crescent, from the side pathway to Maraetai Road. There is a barbecue and picnic area on the far right.

Another sample of exercise equipment alongside the walkway.

There is very little shade to be found along the walkway, although there would be more during the months when the deciduous trees have their leaves.

A small arm of the lake branches off on the western side.

Looking across the lake from the western side near the southern end. The houses on Arawa Crescent can be seen on the right. The playground is behind the trees at the centre of the picture. 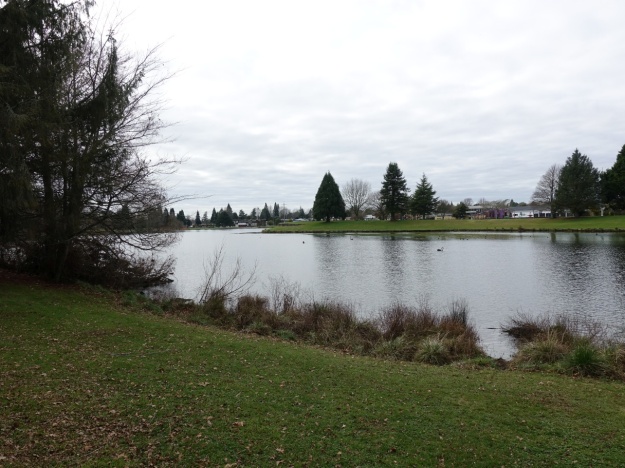 The largest of the islands is accessible by a small bridge. This does not form part of the walkway around the lake, and does not seem to be used very often. 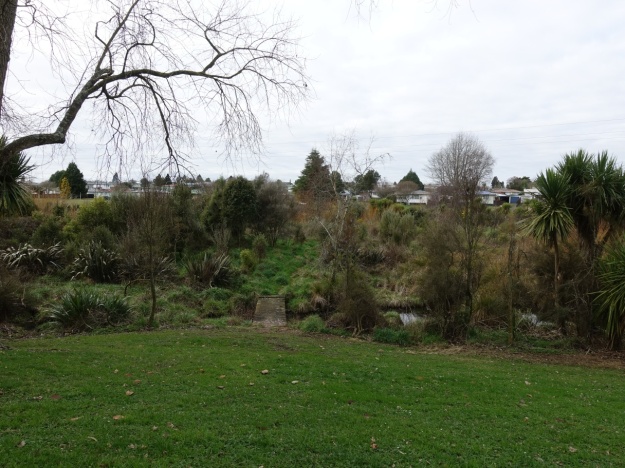 The bridge across Matarawa Stream at the southern end of Lake Moananui. There are recent plantings of native plants on the far right. The houses are on Arawa Crescent.

The pathway on the eastern side of the lake continues between the lake and Arawa Crescent.

There are only gentle elevation changes along the pathway. 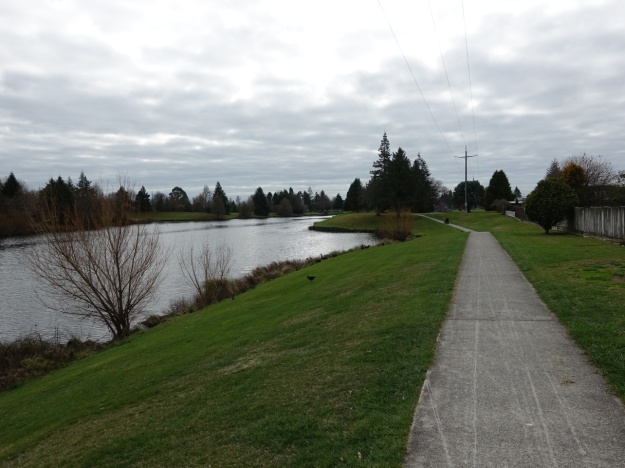 Part of the playground equipment alongside the lake and Arawa Crescent.

The total length of the pathway around Lake Moananui is about 2.5 kilometers, with a 65 meter long side path to the parking area on Maraetai Road. Total time, Including time to try some of the exercise equipment, walk to and from Maraetai Road, take photos, and chat to a local resident, was about 45 minutes. The GPS tracklog shows the route, which was walked in an anti-clockwise direction. The side track to Maraetai Road is seen at the northern end.

The aerial image, from Google Maps, shows the same area. The dam can be seen near the top of the picture, and the islands at the southern end of the lake are clearly visible. Since the pathway is not so clearly visible the photo was presumably taken before the concrete path was laid.