The Ohope Harbourside Trail is currently a work in progress, as an initiative by the Whakatane Rotary Club. There is a walking and cycling trail between Waterways Drive at its western end, and Port Ohope Wharf at its eastern end. On the way it passes through grassed reserves, with gravel surfaces on the recently formed parts of the trail. As well as being accessible at both ends, it is also accessible from various locations along Harbour Road and Ohiwa Parade.

The trail is about 3.5 kms long, with no steps and only gentle slopes. Parking is available at both ends as well as some of the access points, with some grass areas also being used for parking. There are toilets at Otao South Reserve, close to Harbour Road near Phillip Street.

The trail was walked in both directions, but due to an incorrect turn at the western end of Otao South Reserve grassed area the  timings and route description are only for a start from the Waterways Drive end and a finish at the Port Ohope Wharf.

Signage will no doubt be updated as part of the project completion, but currently these signs are located by some of the access points. 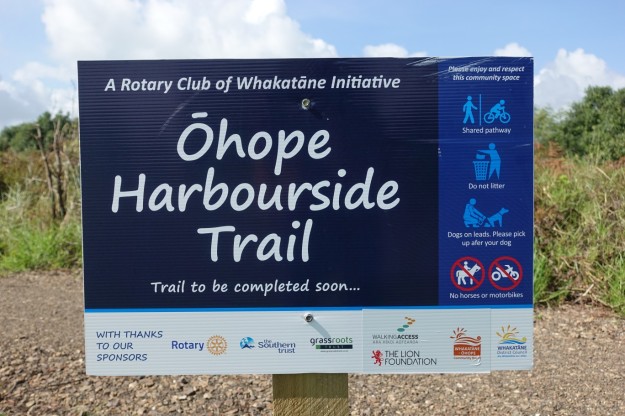 An unmarked, narrow, sealed driveway off Waterways Drive leads to a small parking area. This shows the entrance to the driveway.

The parking area at the end of the driveway. It is apparently mostly used for access to the harbour by kayakers, paddleboarders,  and the like.

Looking along the driveway towards Waterways Drive, with the trail continuing along the water’s edge, past the edge of the photo on the far right. The skyline is dotted with Norfolk Pine and Pohutukawa trees.

From the grass reserve on Waterways Drive the gravel trail continues through the low-lying wetlands. The grass area is also used for parking.

The trail passes through grassed reserves along the way. This one close to Harbour Road between Waterways Drive and Ohiwa Parade. 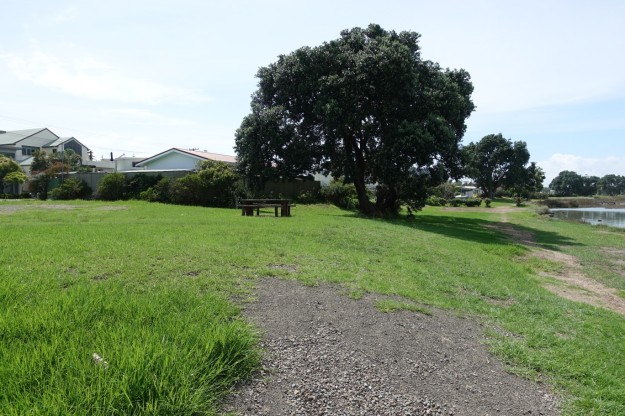 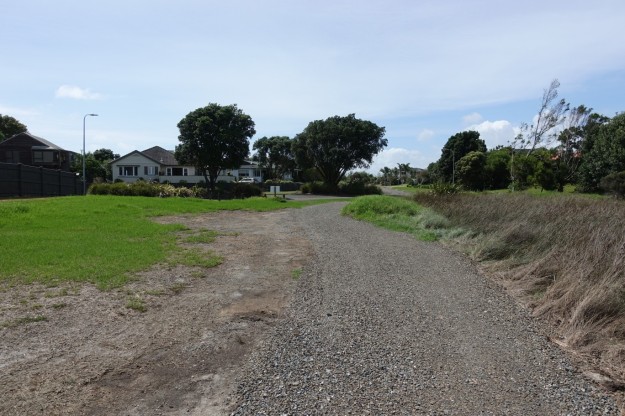 About 350 metres further on a track branches off to the left, alongside the fence, leading to the eastern end of Ohiwa Parade. The Harbourside Trail continues along the fenceline to the right.

The track leading to the  eastern end of Ohiwa Parade.

The access point at the eastern end of Ohiwa Parade is unmarked. It runs straight down between the rows of bushes at photo centre.

Most of the trail runs very close to the water’s edge along the harbour. 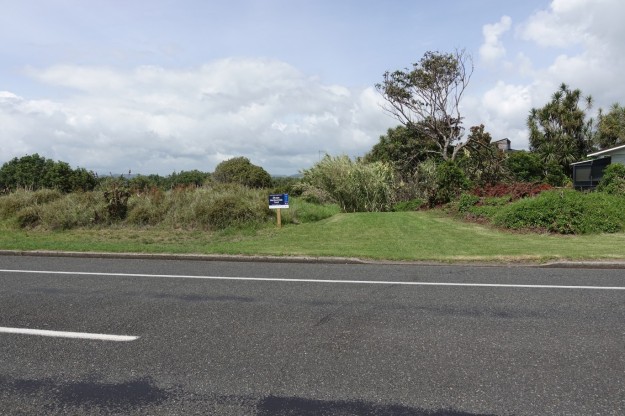 The access point to the trail on Harbour Road, across from Elizabeth Street.

For a short distance the trail runs in the  grass area along Harbour Road.

Public toilets near a children’s playground are located about halfway along Otao South Reserve.

The wharf at Port Ohope, at the eastern end of the Ohope Harbourside Trail is clearly visible from the reserve.

The reserve is also a popular spot for accessing the water with kayaks and paddleboards. 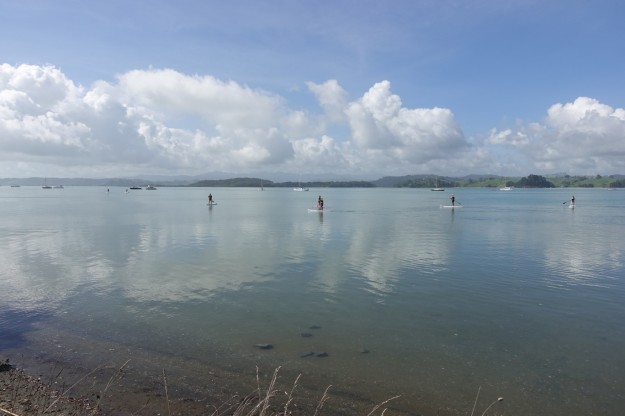 At the eastern end of the grassed area of Otao South Reserve the gravel trail continues through a short stretch of sand dunes, before ending at the wharf.

Looking back across the harbour from one of the highest points of the trail, near the wharf. 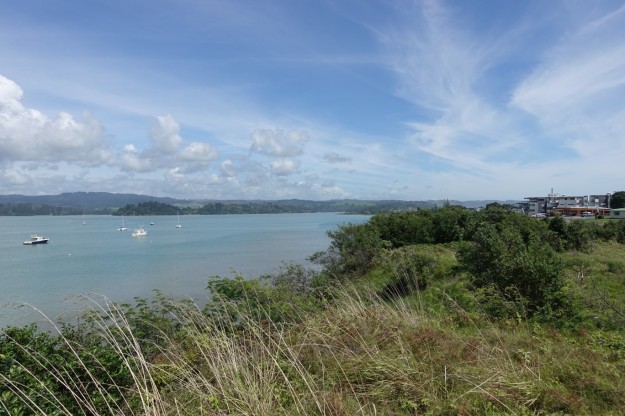 The trail descends towards the parking areas by the Port Ohope Wharf.

The wharf at Port Ohope is popular with swimmers on a warm summer day.

The aerial image, taken from Google Maps, shows the same area, with Waterways Drive on the far left, and the Port Ohope Wharf on the far right.

The Ohope Harbourside Trail was walked on February 18, 2018.