The Morrinsville River Walk is a walking track about 1.5 km long between the entry to the Morrinsville Recreation Ground on Avenue Road South and Studholme Street, running through a forested valley parallel to the Waitakaruru Stream for most of the way. Starting from Avenue Road South, where parking is available, the first 300 metres or so of the track is on open ground alongside Avenue Road South. It then enters the forested area, with two alternative tracks. One lower down alongside and close to the stream, and one higher up alongside the recreation reserve boundary. This walk was done in both directions, using the lower track on the way to Studholme Street and the upper track on the return.

More information about the track, which is on the southern outskirts of Morrinsville town, can be found on the Matamata Piako District Council web site. There are toilets in the recreation reserve, near the entry and parking area on Cureton Street.

The forested area of the walk contains an impressive stand of tall totara trees. These trees are  identified as significant in the Matamata-Piako District Plan. There are various other native trees, as well as some exotics such as redwoods (sequoia).

The start of the walk on Avenue Road South, with the recreation ground on the left and the road on the right. The sign shows the length as 1.8 km. Dogs are permitted when on a leash.

The entry to the forested area of the walk, alongside Avenue Road South.

The rails and steps and track to the right leads down to the lower track alongside Waitakaruru Stream.

The track is mostly well formed with an easy gradient and only a few steps. However in some places it is quite narrow and with a camber downwards towards the stream. 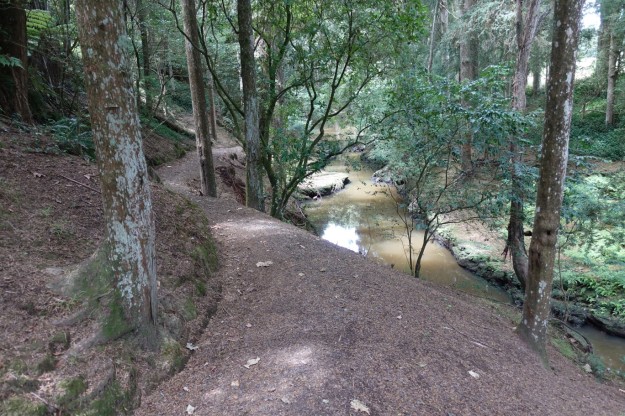 Some of the totara trees can be seen here.

A small waterfall on the stream. Without recent rainfall the stream was presumably lower than normal. 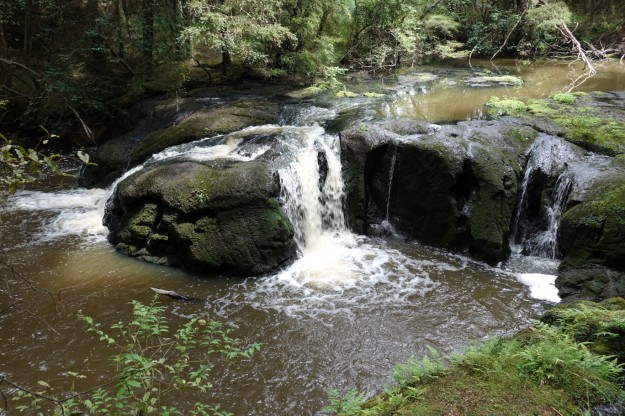 More totara trees, and the narrower track alongside the stream. 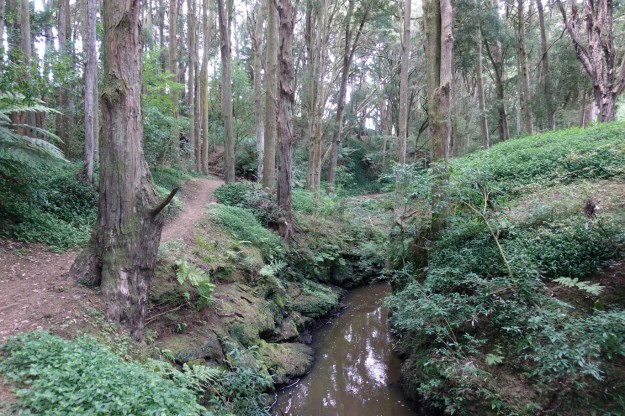 The track ends in an open grassed area by Studholme Street. 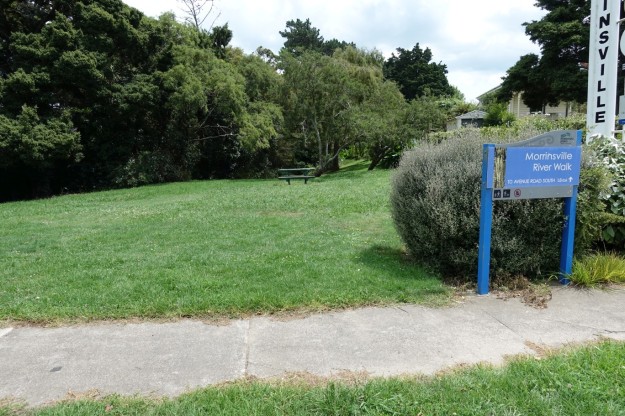 The upper track has tree cover, but is adjacent to the recreation grounds for a large part of the way. 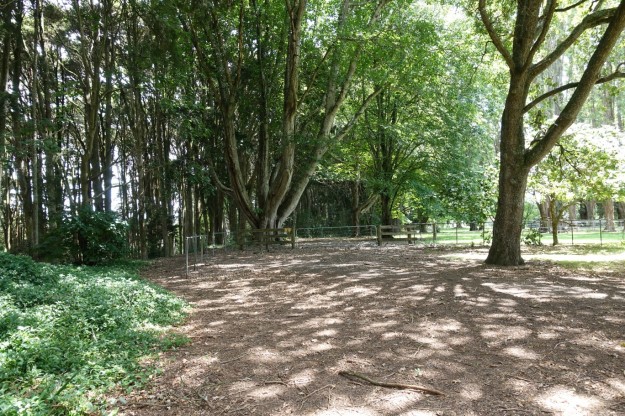 The track continues to the left of the two steel gates.

The GPS tracklog shows the route followed and the  two tracks. Total distance walked was 2.9 kms in a total time of 40 minutes, about 20 minutes and 1.5 km in each direction.

The aerial image, from Google Maps, shows the same area as the GPS map, with the forested area clearly visible.