Lake Puketirini at Huntly, on the western side of the Waikato River, is a man-made lake developed from a disused coal mine pit. It is part of Puketirini, a Waikato District Council owned park. Recreational boating is available on the lake, but access to the boat ramp requires a key from the council. A walkway /cycleway follows the lake edge, and several other tracks lead elsewhere through the park.

Information about Puketirini can be found on the Waikato District Council web site, and on the Huntly i-site web site.

The lakeside track is about 3.5 km long, well formed, and almost completely level. There are areas of shade along the track, but most is open with no shade.

Parking is available close to the lake edge, only a few metres from Rotowaro Road, and only about 500 metres from the Tainui Bridge across the Waikato River.

A railway line has previously run through the area by the car park, and an old railway station which looks as if it has recently been renovated is located by the parking area. There is no access to the railway station. 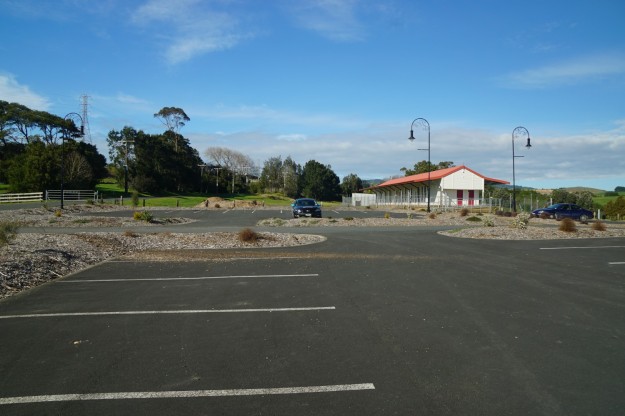 Access to the lakeside walkway from the carpark, looking to the boat ramp. A toilet is located between the trees to the left of centre.

The boat ramp at the eastern end of Lake Puketirini. Jet-skis are not permitted on the lake.

Looking across the lake to the Huntly Power Station. 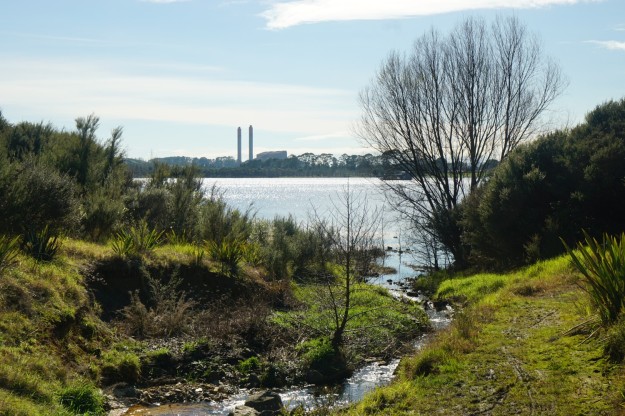 At the western end of the lake there is a boat ramp and a picnic area. 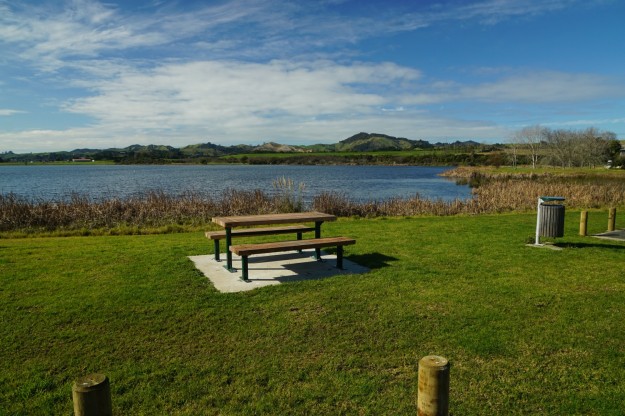 A barge (far left) is located near the centre of the lake. Apparently it is used for some underwater activities. 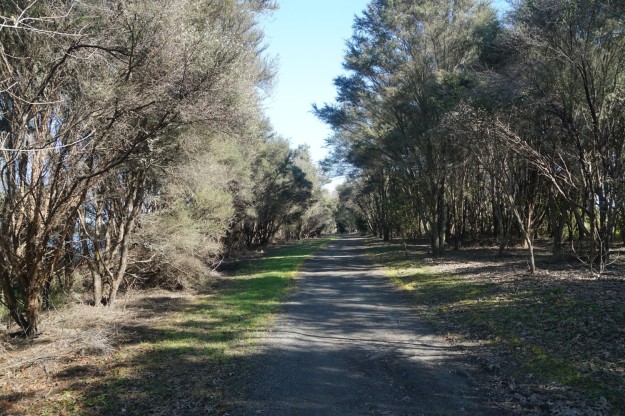 The track on the way back to the car park area. Further parking is available down a longer access road on the left.

The GPS tracklog shows the track walked in a clockwise direction around the lake. The location of other tracks through the park is also shown. The total distance walked around the lake was 3.5 km, with a total time of 1 hour, including numerous short breaks for photos.

The aerial image from Google Maps shows the same area as the GPS tracklog, with the track around the lake clearly visible.