The Waikato River Trail is currently about 100km long, stretching from Horahora Rd in the north, to Atiamuri in the south. It is shared by walkers and mountain bikers. A short stretch is a public road, and only suitable for bikers.

The track between Jones Landing and Arapuni consists of two parts – the track from Jones Landing to the Arapuni Dam, and the track from Arapuni Dam to the swingbridge and Arapuni Village. The first part has a number of steps, steep dropoffs, and is most suitable for walkers and experienced mountainbikers. The track is well formed. About 2.5km long, with a side track to a viewing area about halfway. Walking time about 1 hour, including time at the viewing area.

The track between the dam and the village is an easy walk or ride, on a well-formed track. Distance about 2km, walking time about 30 minutes.

More details about the Waikato River Trails can be found here.

The trail was not very busy today, being a Friday and a normal working day. I only saw 2 other walkers, and a couple on mountain bikes.

The first stage of the trail was opened almost 10 years ago, In December 2004. 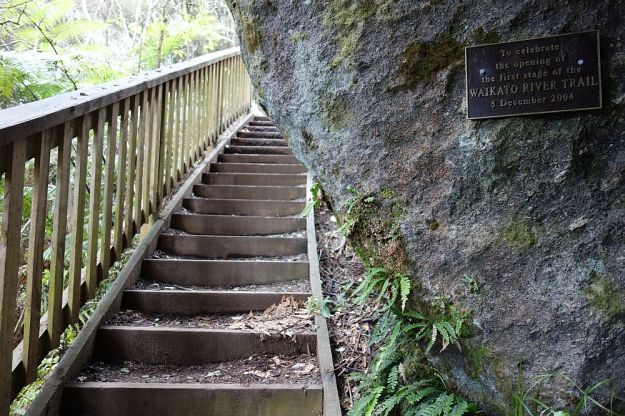 Part of the trail is cut into a steep bluff, with a vertical drop to the lake on the left. 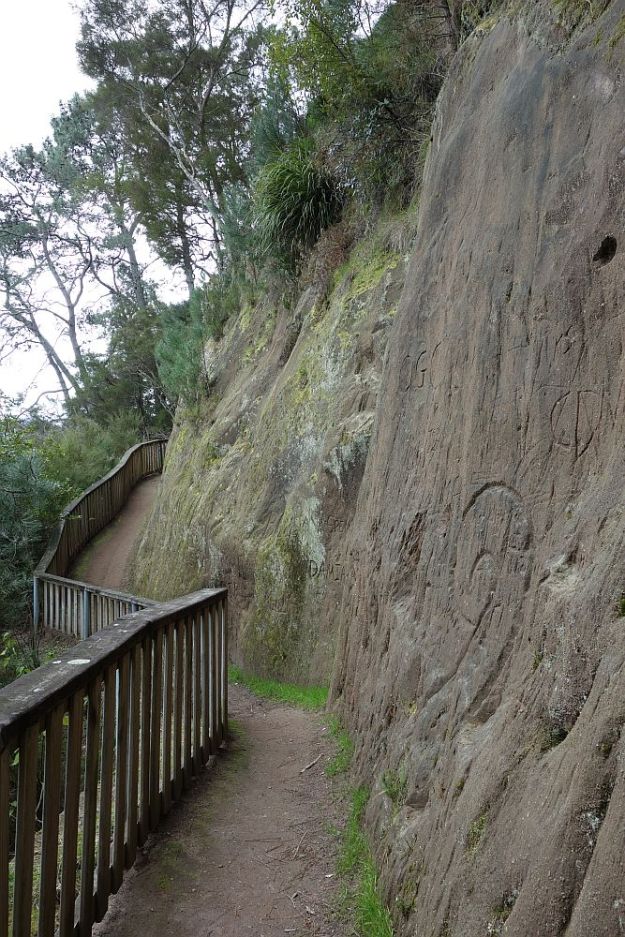 The lake is about 120m above sea level, and the lookout near the track, the hightest point, is about 200m asl. The lake is artificial, formed by the Arapuni Dam which was built in the late 1920s. 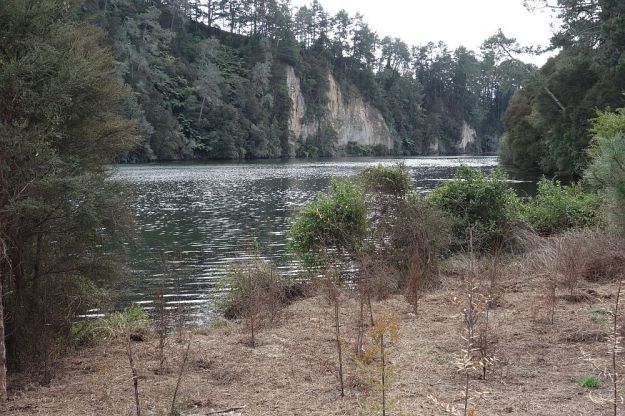 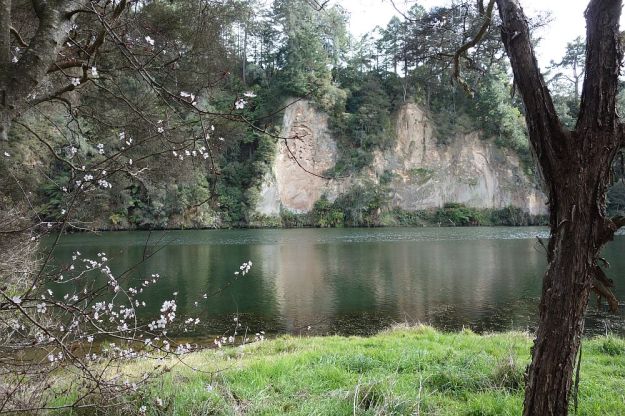 The Arapuni Dam has a one-lane road crossing over the top. The powerhouse is a considerable distance from the dam itself. 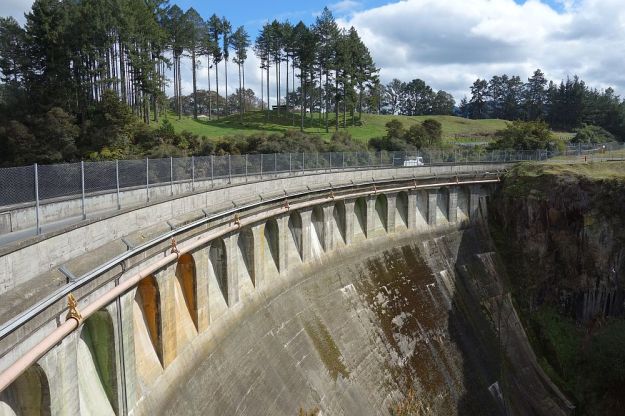 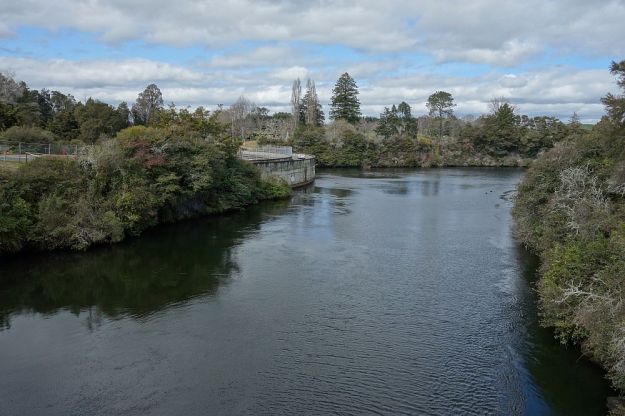 The dam is high, and was built in one of the narrowest gorges on the Waikato River. It’s a long way down to the bottom of the dam. 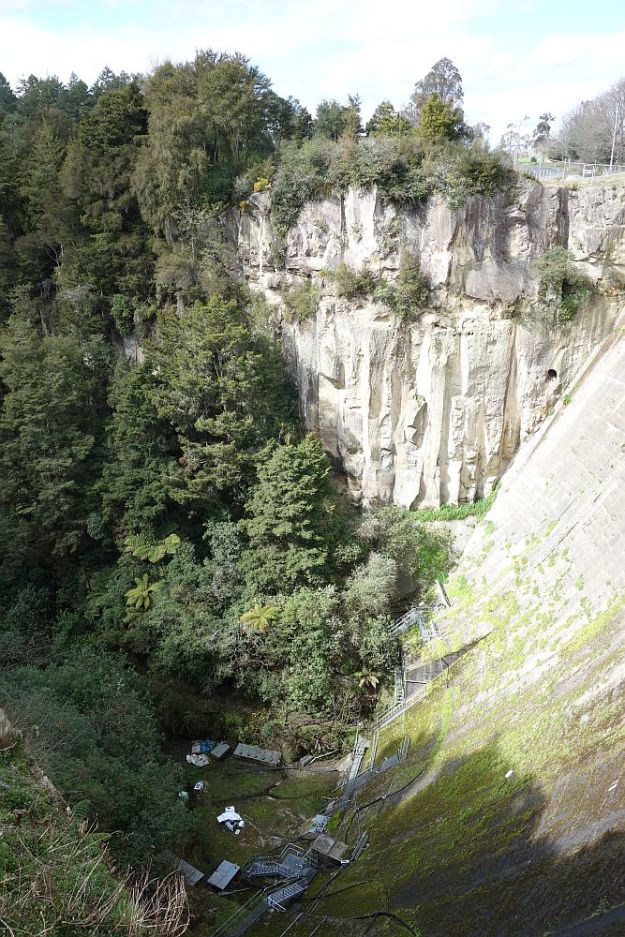 The swingbridge was built in 1925 to allow workers to cross the river from Arapuni Village to the power station while that was being built. 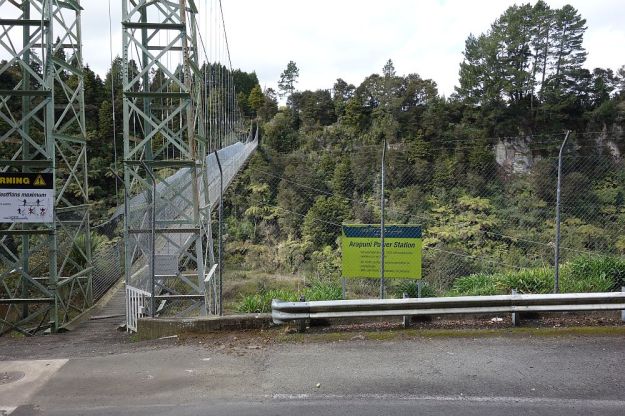 The powerhouse seen from the swingbridge. 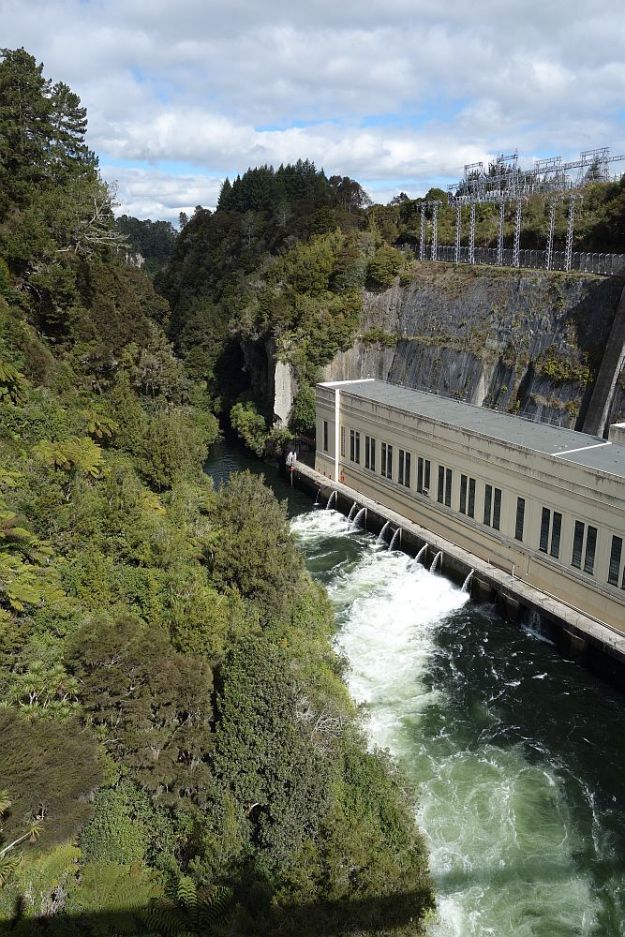 View from the lookout. Jones Landing, the starting point for the walk, is just left of centre at the edge of the lake. 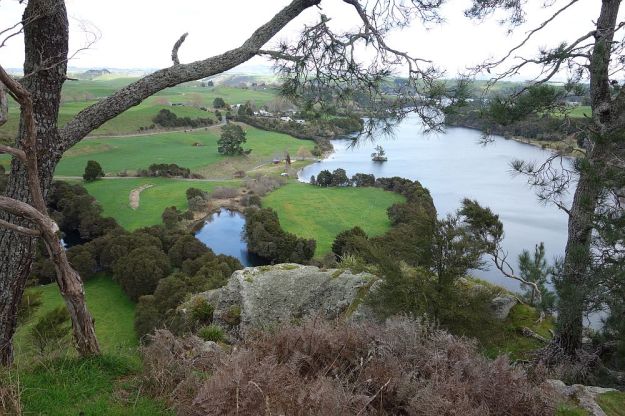 Track walked on August 29, 2014. Here is a GPS track log for the walk, including crossing the dam and the bridge at about the halfway point, and the swingbridge at the northern end. 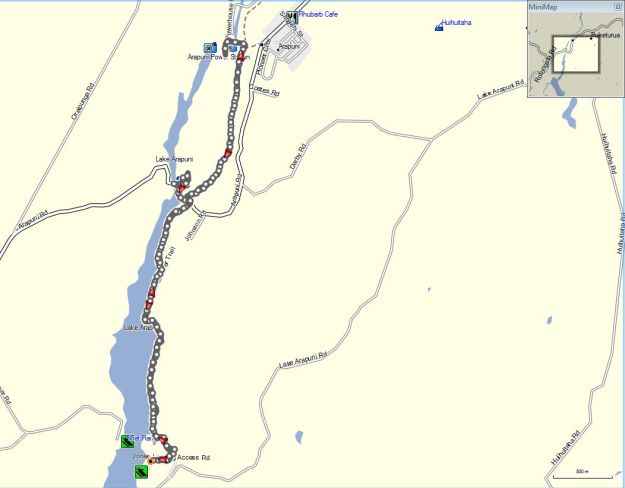